Video Throw More Lights To Takeoff’s Death, Quavo was repeated seen in a deep argument before the shootings.It was not too long ago before Takeoff’s manager ushered a statement concerning the death of the artist. He believes that Takeoff was killed by stray bullets and not a planned hit.

This was his statement;

“Senseless violence and a stray bullet has taken another life from this world and we are devastated.”

However, it was seen that Quavo was in some sort of quarrel with some gang members a while before the shootings. At the time, Takeoff and his other friends got Quavo’s back during this argument that lasted about 30 seconds. 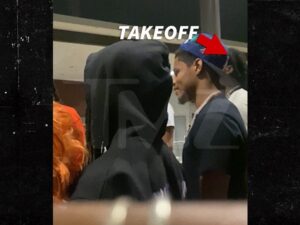 Quavo in an argument

According to the video obtained by TMZ Hip Hop at around 2:30am yesterday, it shows the incident of the gathering. Someone, possibly Quavo, made a statement in the video;

It was immediately after this gathering that Gunshots started to ring all over the area as everyone tries to take Cover.Unfortunately for Takeoff, a bullet caught him near the head; all efforts made by Quavo and people around to put him together failed.

Takeoff died at the scene of the incident.

Below is the video that covers part of the incident. Please be advised, the video contains graphic scenes.

CALLING FOR HELP
Members of the Houston Police Department held a press conference Tuesday
The death of Takeoff took place in the city of Houston, Texas, United States. He died at the age of 28. 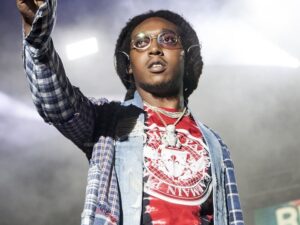 In Loving Memory of Takeoff

Rest in Peace Takeoff, the entertainment world will miss you so much!