Kate Ferdinand Dazzles In String Bikini As She Tweets Photos From Her Half-Term Break. Kate Ferdinand has delighted fans as she posted a series of photos from her half-term fun with her blended family.

The 31-year-old former The Only Way Is Essex star shared a series of photos showing herself and her husband Rio enjoying the half-term holiday with their children.

One photo shows Kate throwing the peace sign up to the camera as she poses in a green patterned bikini with a string fastening.

Kate Ferdinand Dazzles In String Bikini As She Tweets Photos From Her Half-Term Break. She is wearing a yellow cap on her head in the image and has her blonde locks tucked into the hat. To finish off the look Kate has added a pair of black sunglasses to shield her eyes. 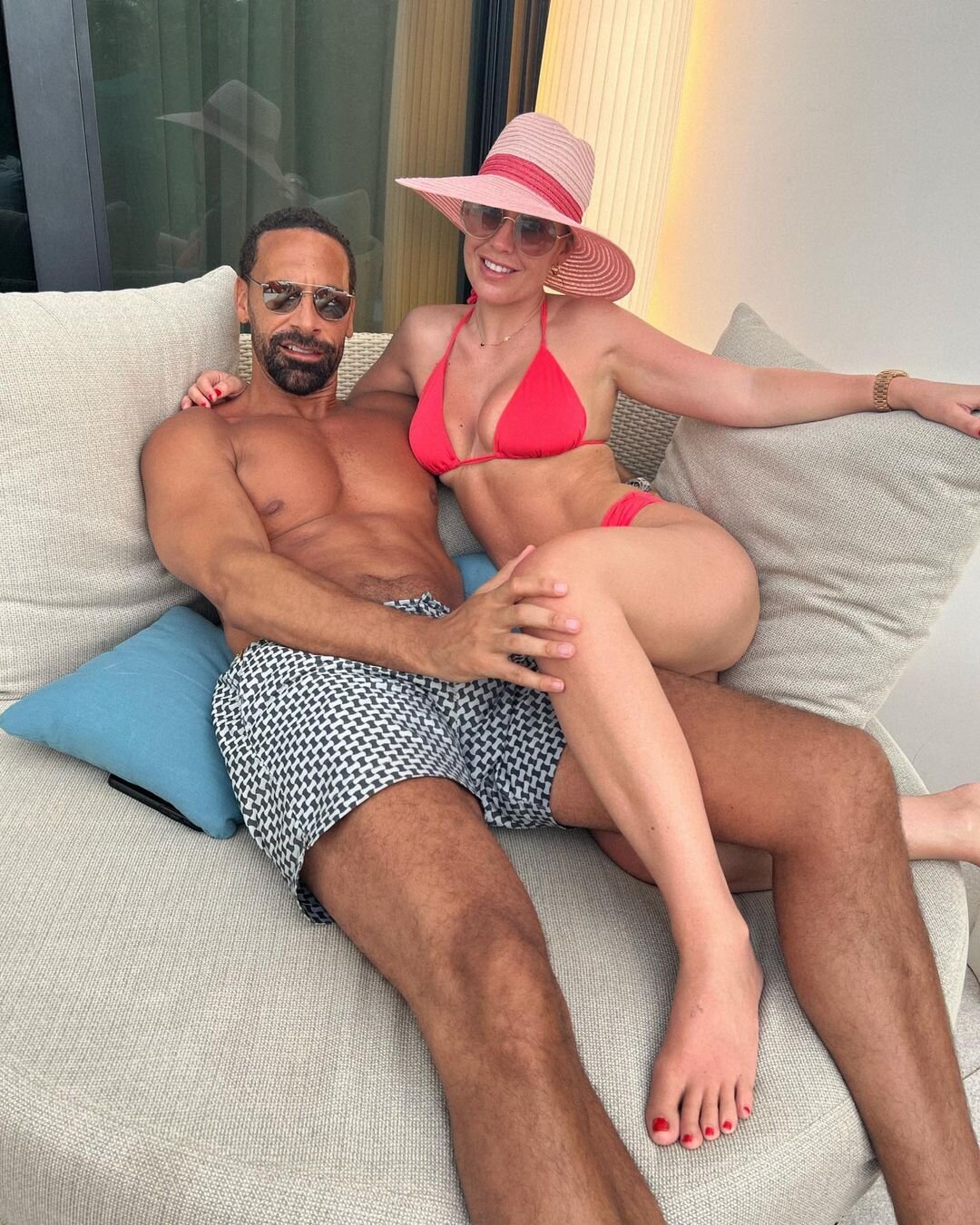 A black and white photo shows Kate from the side as she wears the hat and sunnies once again – but with a racer-neck top on instead of her bikini.

Another snap sees Cree also having fun on the luxury trip as he’s lifted into the air while the family enjoy some pool time.

Kate also took a moment to share a cute photograph of herself and her footballer husband Rio at a restaurant.

Mum Kate is a vision in green as she sports a corset-style top and a pair of khaki trousers while footie pundit Rio, who Kate wed in 2019, is wearing a white polo top and matching trousers.

More photos see the Ferdinand family back in the UK as Kate wraps up and goes pumpkin picking – smiling as she holds a unique looking green pumpkin in one image.

Kate’s pup Ronnie is also getting into the spirit as he’s seen posing on top of some pumpkins which have been placed on top of bales of hay.

Black and white snaps show the family having fun with their Wellington boots on as Cree is seen splashing in a big puddle in one image while the family walk together and hold hands in another snap.

As Kate shared the pictures on her Instagram page, she wrote in the caption: “Half term, you’ve been fun ..”

After enjoying some quality time with her loved ones, Kate revealed to fans she had returned to her routine as she posted a photo of a Pilates room on her Instagram story. 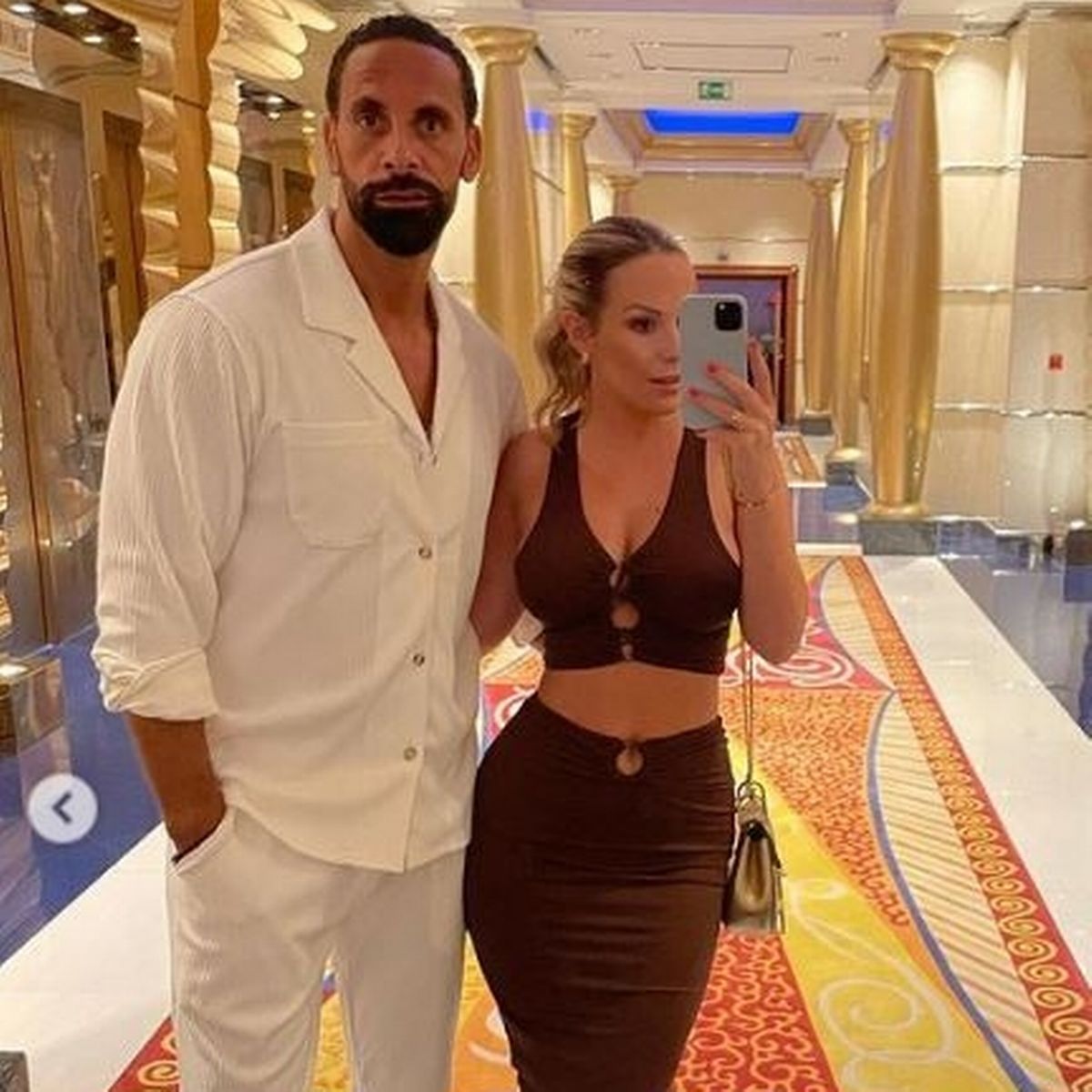 She wrote on top of the image: “Pilates done [tick emoji] Back to school routine today … had the best half term with the kiddies!”

Kate and Rio tied the knot in a luxurious clifftop ceremony in Turkey in September 2019. The couple began dating in 2016, with Rio popping the question in front of his kids in Dubai.

The pair marked their three year wedding anniversary with a trip to Paris last month, with Kate sharing a video montage of the highlights from their trip on Instagram.

Reality star Kate gushed in the caption: “PARI you were everything, celebrating 3 years of marriage”.