Diddy Nearly Collides With “Power” Actor Michael J. Ferguson In Joker Costume. Diddy shows out every Halloween, but this year, he became his costume. The newly dubbed billionaire hit the streets as Heath Ledger’s The Dark Knight Joker, down to the fake machine guns and grenades.

Many believed that Diddy had one of the best costumes of the year, and he certainly began embracing the character. In one clip, Diddy leaves Tyler, The Creator floored as he showcased a maniacal cackle in the streets. “This is top tier,” Tyler said as Diddy delivered his best impression of Ledger’s iconic character.

However, not everyone was particularly feeling it in the same regard. Another clip popped up on the timeline this morning of Diddy and actor Michael J. Ferguson, who plays 2-Bit on Power, getting nose-to-nose in a heated verbal dispute that nearly got ugly. As a crowd of people with their phones and cameras out began recording, Ferguson continued to call Diddy a “p**sy.” Eventually, Diddy, still channeling The Joker, called Ferguson a “clown” before dropping the act entirely.

Diddy Nearly Collides With “Power” Actor Michael J. Ferguson In Joker Costume. “What’s up, baby? You don’t like me?” he barked. “Then mothafuckin’ get to it, na. If you don’t like me, you mothafuckin’ frontin’. Get to it, bitch. Don’t fucking play with me on Halloween. I’m out here with love, na.” 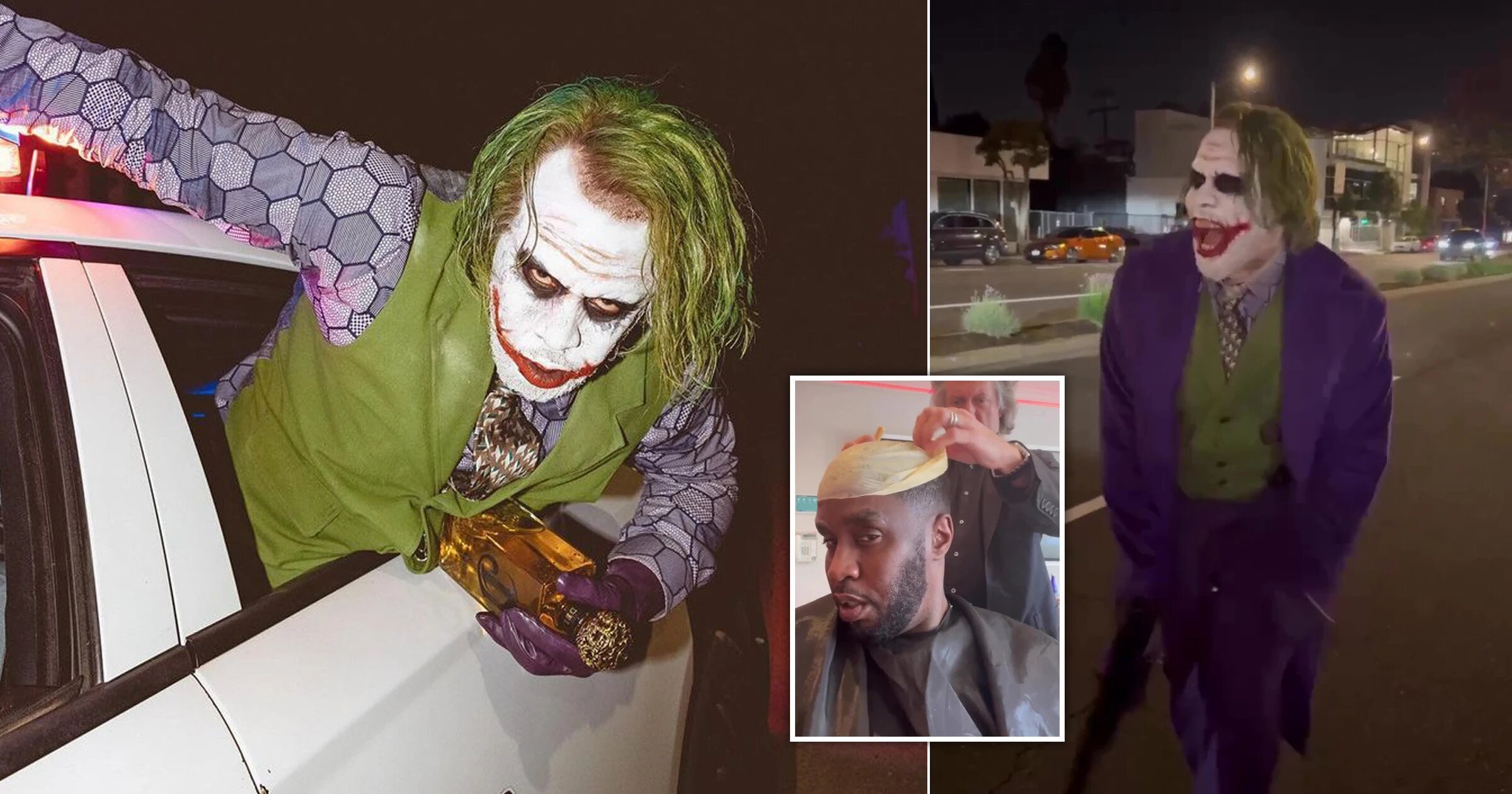 Still, Ferguson didn’t stand down while seemingly unaware that he was talking to Diddy. The two continued to have a bit of a showdown before Diddy made it clear that he won’t be talked to disrespectfully.

“Come on here and I’ll bust yo shit! You fucking pussy, make sure you won’t never talk to me like that, na. I’m love, na!” he stated before taking it down a notch. “Yo, we’re having a good time. Why you wanna come at me like that, god? You got a problem? You really taking over my energy right now? What did I do to you? Do you know who I am?”

Finally, Diddy revealed who he really was and extended a hug to Ferguson but firmly reminded the Power actor that he’s “really about that.”

“Come to the afterparty and change your vibration,” Diddy said to the actor.

After the incident went viral, Ferguson cleared the air and said there are no problems between him and Diddy.